This post may contain affiliate links. Please read my disclosure for more information.

Stop trying to fit your life into a budget because that never works... instead, create a budget that fits into your lifestyle.

Join the FREE 5 day Build a Better Budget Bootcamp to learn how!
28shares

When asked about an American, most foreigners come up with a not-so-flattering picture. They depict Americans as rude, materialistic, and wasteful that belong to a highly consumerist society.

We as consumers have wasteful money habits and trash our precious dollars in more ways than one. For instance, bank fees, sinful indulgences and a host of other minor spending behaviors that shed a poor light on our society as far as financial wisdom is concerned.

Although we have a right to protest these statements, there’s a lesson to be learned. That is to make smart use of our dollars.

To make some subtle changes in my and your lifestyle and to reduce the number of dollars that goes in the trash. Here are some household items where we can try to cut back on.

In 2015, the average credit card debt carried by the U.S household was $15,310 and $132,086 in total debt. According to nerdwallet.com, a prominent financial website, around $712 billion credit card balance is owed by the U.S consumer as a whole.

Surprisingly, almost 39% of the people with credit card debt require financial help to pay for their basic expenses like education for their children, medical treatment costs, and unemployment.

If you owe an outstanding balance, then it’s worth accessing your credit card usage. Once, you’ve assessed your financial health and have taken stock of your monthly spending habits, you’ll be able to identify the signs of financial disaster.

As per H&R Block, a tax company, around $1 billion worth of collective tax refund is left unclaimed by almost 56 million taxpayers. On average, a taxpayer leaves behind $460 worth of tax refund dollars.

A lot of people have multiple sources of income, but they ignore those and leave them unclaimed due to carelessness. For example, assets of value that can be claimed are stocks, checks, insurance payments, checking accounts, certificates of deposits, and any other items of value.

Each year, a whopping $165 billion worth of food (in the form of snacks and meals) is wasted by the people, according to the National Resources Defense Council. That amount comes down to $529 per person per year.

Due to the high cost of medical treatment, many have broken their banks and had to file bankruptcy. Now, as per the latest data, Americans spend around $2.8 billion on candy just for the Halloween celebrations and another $117 billion or so are spent on fast food consumption. Add to that, almost half of the US people drink soda daily.

Food items like soda (mostly sweetened carbonated drinks loaded with caffeine) and candy lower the quality of health and increase the risk of several lifestyle diseases such as obesity, cardiovascular disease, and so on. These diseases put a big hole on an average American’s wallet.

How to Control Impulse Buying

Reasons Why You Are Always Broke

Go Green At Home To Save Money

An average American loses around $400 a year to gambling. Another study suggests that 27.1% of all gamblers who’ve reportedly spent more than 5% of their monthly gross household income.

To get a glimpse of how booming gambling businesses are, casinos across the country have accrued a neat revenue of $125 billion in 2010.

The Bureau of Labor Statistics states that an average American consumer devotes almost 1% of his total expenditures to alcohol, or simply put, $1 out of every $100 goes for booze.

Interestingly, the Bureau of Labor Statistics also clarifies that people may not be drinking too much alcohol but they are made to pay up more. From 1982 to 2011, alcohol prices rose by 79% (rate of inflation-adjusted) in restaurants and bars.

To withdraw cash, ATMs of bank’s other one’s own can be avoided. But, you’ll have to find out the average cost of the facility.

As of now, there isn’t a proper metric to track and count the dollars. However, in 2011, the average fees paid by the consumers for using out-of-network ATM was $3.81. That amounted to $7 billion in 2010.

According to Business Insider, people trash almost $443 billion in terms of energy waste. Such an estimation was based on annual home energy expenses.

Fortunately, government-sponsored Energy Star opines that consumers can cut down their energy costs by a third, provided they use recommended appliances and equipment and follow the mentioned guidelines.

Silliest Ways Your Dollars Go In The Trash

Thank you, Andy, for this great eye-opening article on needless and wasteful spending!!  Please leave a comment and share your thoughts.

Author Bio: Andy Masaki is a blogger at Penny Less Dad and a financial writer associated with the Oak View Law Group. He is a debt expert and a member of several online forums where he shares his advice as well as tips to lead a financially independent life. Follow him on Twitter & Facebook.

About the Author: Lisa

This site uses Akismet to reduce spam. Learn how your comment data is processed.

Hi, I’m Lisa, I know that getting your money situation under control can seem like a long road. The good news is that ever every little step you take does add up so I’m sharing the things that helped me because I know they will help you too!! 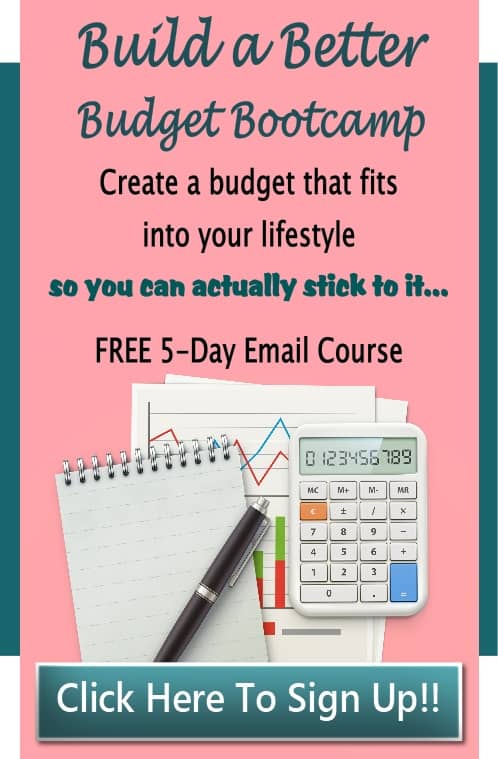 HTML Snippets Powered By : XYZScripts.com
FREE eBook "20 Ways To Improve Your Finances In Under 20 Minutes" 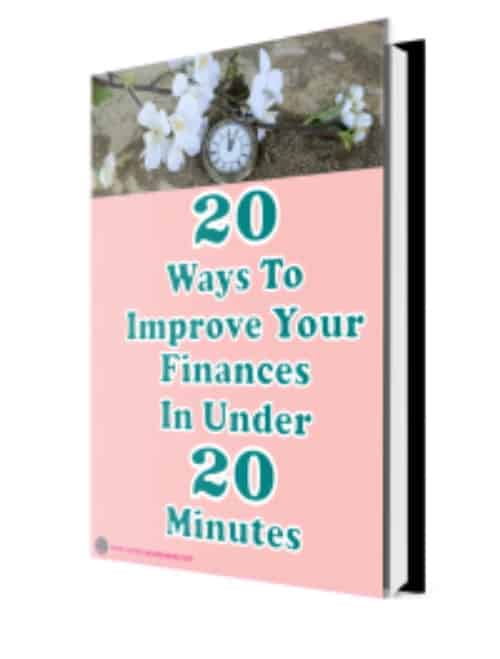 Improving your finances doesn't need to be a huge undertaking. 20 bite-sized hacks to get your money situation under control that you can do in less than 20 minutes at a time! Grab your FREE eBook Today!!
Your information will *never* be shared or sold to a 3rd party.
This website uses cookies and third-party services to provide you with the best browsing experience, learn more on the disclaimer  page. Ok

Improve your finances in 20 minutes or less...

Sign up below to grab your free guide now!

20 Ways To Improve Your Fiances In Under 20 Minutes 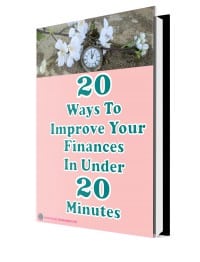